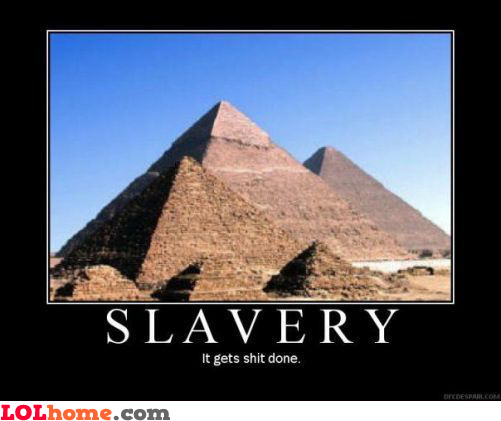 Gandalf about 11 years ago
Many people who pay more than half their income of taxes all their life are still well dressed... make it a new title than: QE2!

badboybandit82 over 11 years ago
Actually it has been proven that the workers that built the Pyramids were NOT slaves but paid workers because they have found the tombs that are not far from the pyramids that had the workers that had died during the building of the pyramids and they were to well dressed to be slaves Just thought I let anyone interested know that little fact [:cool:]