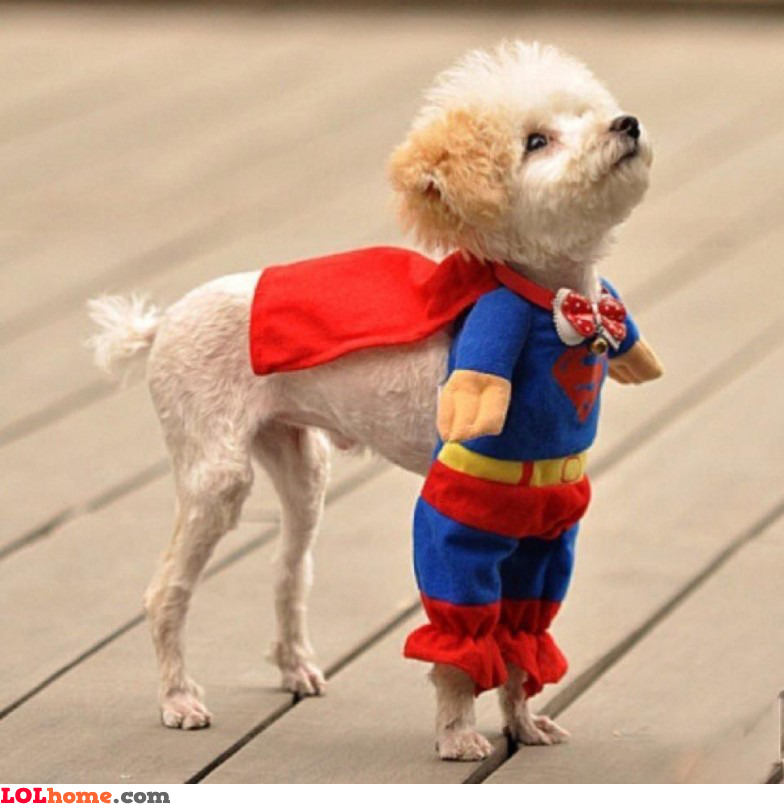 Don't worry, this puppy is a true superhero! SuperDog is here!

Eruslan over 8 years ago
I agree with you about Lucas' changes sooo much. I was lionokg forward to buy the Blu-rays, but that was before I heard of the changes. Now it's ruined. I don't mind Ewoks blinking with their eyes, I can live with a new roar (again) by Ben Kenobi (though the newest one is hilarious beyond belief), I even tolerate a CGI-Dug in Jabba's palace moving his skinny ass around while all the other non-CGI aliens are sleeping. But to change the definitive moment of Vader's return to the light side of the force by letting him moan Noooooo! like a retard is not acceptable, never will! Lucas, you fucking destroyed Star Wars for me. Thank you for nothing.